On an isolated boulder to the east of blue n°29, between the central part of the blue circuit and the ridge with the end of the blue circuit. Lying start on the right of the overhang with the two hands on the flat arete, climb that one, take the "nose" left hand and exit on the right. NB: the problem has been realized after the ledge broke off. Alternative access: follow the path passing at Exquise Esquisse, take a mall one 30m further on the left, follow that one for 100m; the boulder is the above on the right. 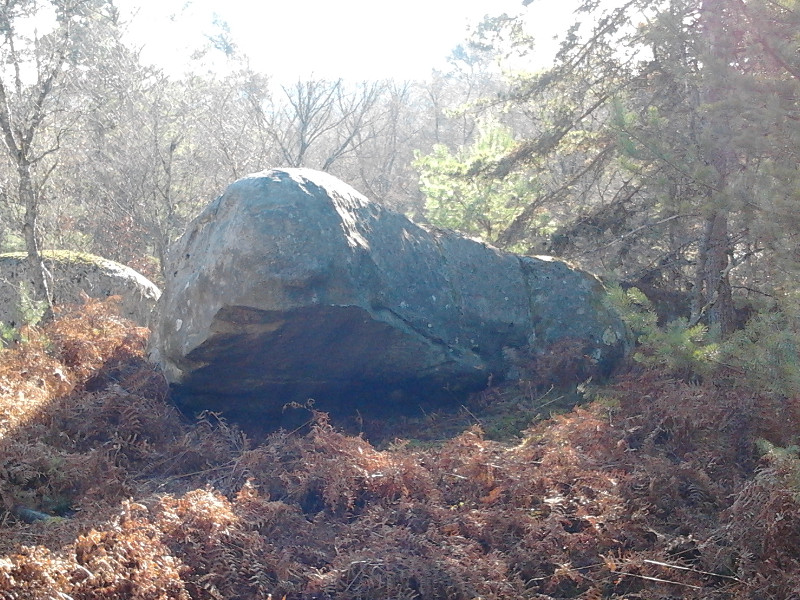