Dynamic problem on the left face of La Proustituée, on the second boulder of the sector Drague; morpho. 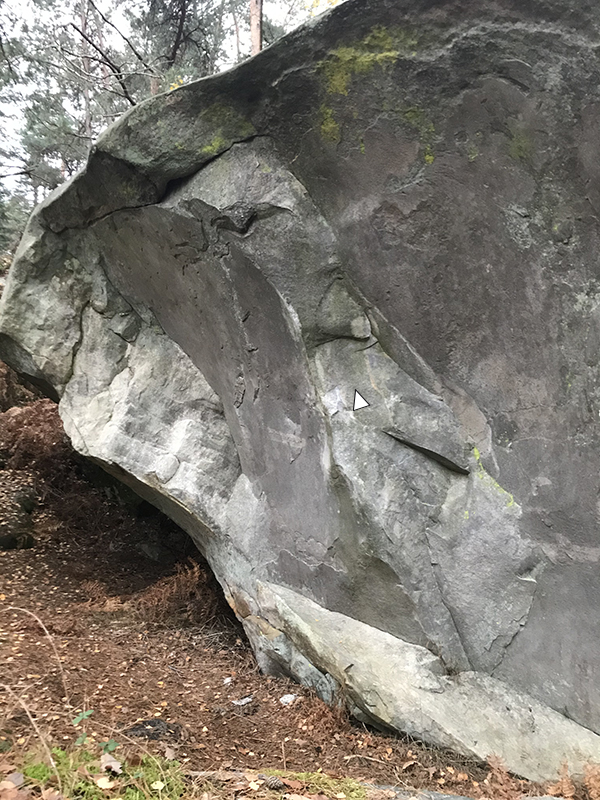 The sit start to prostitute I didnt even bother doing but I did the dynoi last week and thought about 6c, did you go of the side pull, I didnt claim the ascent because I didnt think it was the right boulder as it was so easy for a project

did you try any of the other projects?

Very morpho - Anonymous (09-04-2009 00:06)
Hi Neil, I graded the problem 6c+ 7a (and named it Albatros Royal) because I think the crux move is very morpho. If you are tall, like you and me, one can reach the top with the sidepull still in the right hand. If you can't, I can imagine the problem is much harder because you have to jump. For me, 6c seems correct. I think the problem was described as a project because of this. Let's see what other climbers report.

The first move of the sit start to La Proustituée is special, but the original 6b+ is much better. I didn't try any of the other projects. The project to the right of Petit Prince doesn't look harder than 7a either.
thanks - Anonymous (09-04-2009 00:09)
I spent a lot of time up there in the last weeks, you are right none of the projects seem that hard, I just find it hard to beleive that they have been projects for so long, thats why i did not claim ascents in case i was wrong

I think you are right on the grading of albatros, I think 6c for tall soft 7a for short.