Evident prow on the big boulder under the crest, in the Western part of the sector. Sitstart on the left, climb to the start of The Island and exit by that one via the prow.
NB: this problem has been opened in February 2021 and is one of the hardest in the world. It's an 'old' project which has been tried long before The Island was opened in 2008. The roof, called "Toit du Nid d'Aigle" by foresters, had been identified as a futuristic project by climbers in 1973 and its sitstart had been tried since the late 1990s. Simon suggested to call this problem "Suddenly Alone" in a nod to the book placed under his knee pad. 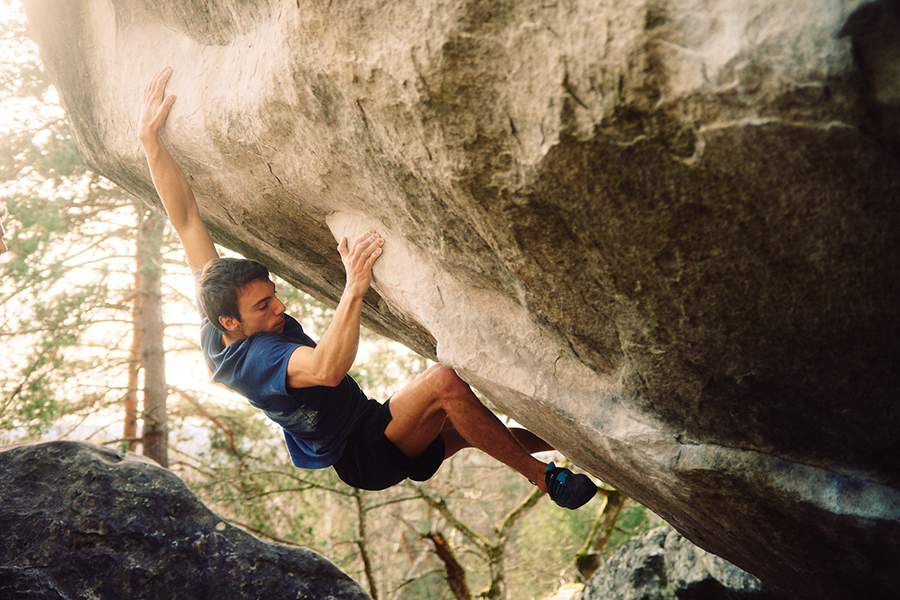